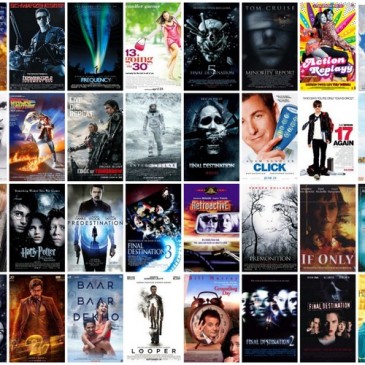 – Added Trailers for the movies that I highly recommend –

A Chicago librarian has a gene that causes him to involuntarily time travel, creating complications in his marriage. (107 mins.)

Three friends discover a mysterious machine that takes pictures 24hrs into the future and conspire to use it for personal gain, until disturbing and dangerous images begin to develop. (104 mins.)

At the age of 21, Tim discovers he can travel in time and change what happens and has happened in his own life. His decision to make his world a better place by getting a girlfriend turns out not to be as easy as you might think. (123 mins.)

Marty McFly, a 17-year-old high school student, is accidentally sent 30 years into the past in a time-traveling DeLorean invented by his close friend, the maverick scientist Doc Brown. (116 mins.)

After visiting 2015, Marty McFly must repeat his visit to 1955 to prevent disastrous changes to 1985…without interfering with his first trip. (108 mins.)

Enjoying a peaceable existence in 1885, Doctor Emmet Brown is about to be killed by Buford “Mad Dog” Tannen. Marty McFly travels back in time to save his friend. (118 mins.)

While on a trip to Paris with his fiancée’s family, a nostalgic screenwriter finds himself mysteriously going back to the 1920s everyday at midnight. (94 mins.)

A cyborg, identical to the one who failed to kill Sarah Connor, must now protect her young son, John Connor, from a more advanced cyborg, made out of liquid metal. (137 mins.)

In a future world devastated by disease, a convict is sent back in time to gather information about the man-made virus that wiped out most of the human population on the planet. (129 mins.)

A lonely doctor who once occupied an unusual lakeside home begins exchanging love letters with its former resident, a frustrated architect. They must try to unravel the mystery behind their extraordinary romance before it’s too late. (99 mins.)

A weatherman finds himself living the same day over and over again. (101 mins.)

A physicist who invents a time machine must travel back to the past to uncover the truth about his creation and the woman who is trying to steal it. (101 mins.)

Ruby Weaver has man trouble: she tries to fix them, so she’s stuck herself with a string of losers. Her current lover… (110 mins.)

Kate and her actor brother live in N.Y. in the 21st Century. Her ex-boyfriend, Stuart, lives above her apartment… (118 mins.)

A group of archaeological students become trapped in the past when they go there to retrieve their professor. The group must survive in 14th century France long enough to be rescued. (116 mins.)

Peggy Sue faints at a high school reunion. When she wakes up, she finds herself in her own past, just before she finished school. (103 mins.)

Mike O’Donnell is ungrateful for how his life turned out. He gets a chance to rewrite his life when he meets a janitor near a bridge. (102 mins.)

The brash James T. Kirk tries to live up to his father’s legacy with Commander Spock keeping him in check as a vengeful, time-traveling Romulan creates black holes to destroy the Federation one planet at a time. (127 mins.)

The story revolves around the passengers of a yachting trip in the Atlantic Ocean who, when struck by mysterious weather conditions, jump to another ship only to experience greater havoc on the open seas. (99 mins.)

A group of teens discover secret plans of a time machine, and construct one. However, things start to get out of control. (106 mins.)

An accidental cross-time radio link connects father and son across 30 years. The son tries to save his father’s life, but then must fix the consequences. (118 mins.)

It’s Harry’s third year at Hogwarts; not only does he have a new “Defense Against the Dark Arts” teacher, but there is also trouble brewing. Convicted murderer Sirius Black has escaped the Wizards’ Prison and is coming after Harry. (142 mins.)

A soldier wakes up in someone else’s body and discovers he’s part of an experimental government program to find the bomber of a commuter train. A mission he has only 8 minutes to complete. (93 mins.)

A team of explorers travel through a wormhole in space in an attempt to ensure humanity’s survival. (169 mins.)

A soldier fighting aliens gets to relive the same day over and over again, the day restarting every time he dies. (113 mins.)

For his final assignment, a top temporal agent must pursue the one criminal that has eluded him throughout time. The chase turns into a unique, surprising and mind-bending exploration of love, fate, identity and time travel taboos. (97 mins.)

A gritty mind-bending thriller about three twenty-somethings who find themselves in an impossible time labyrinth, where each day they awaken to the same terrifying day as the preceding one. (89 mins.)

In 2074, when the mob wants to get rid of someone, the target is sent into the past, where a hired gun awaits – someone like Joe – who one day learns the mob wants to ‘close the loop’ by sending back Joe’s future self for assassination. (119 mins.)

A man accidentally gets into a time machine and travels back in time nearly an hour. Finding himself will be the first of a series of disasters of unforeseeable consequences. (92 mins.)

A psychiatrist makes multiple trips through time to save a woman that was murdered by her brutal husband. (91 mins.)

After a ferry is bombed in New Orleans, an A.T.F. agent joins a unique investigation using experimental surveillance technology to find the bomber, but soon finds himself becoming obsessed with one of the victims. (126 mins.)

Depressed housewife learns her husband was killed in a car accident the day previously, awakens the next morning to find him alive and well at home, and then awakens the next day after to a world in which he is still dead. (96 mins.)

A Las Vegas magician who can see into the future is pursued by FBI agents seeking to use his abilities to prevent a nuclear terrorist attack. (96 mins.)

A psychic works with the FBI in order to hunt down a serial killer. (101 mins.)

It takes a tragedy to teach the young businessman Ian to put love ahead of work and open up to his musician girlfriend Samantha. (92 mins.)

After a teenager has a terrifying vision of him and his friends dying in a plane crash, he prevents the accident only to have Death hunt them down, one by one. (98 mins.)

When Kimberly has a violent premonition of a highway pileup she blocks the freeway, keeping a few others meant to die, safe…Or are they? The survivors mysteriously start dying and it’s up to Kimberly to stop it before she’s next. (90 mins.)

In this third installment of the Final Destination series, a student’s premonition of a deadly rollercoaster ride saves her life and a lucky few, but not from death itself which seeks out those who escaped their fate. (93 mins.)

After a young man’s premonition of a deadly race-car crash helps saves the lives of his peers, Death sets out to collect those who evaded their end. (82 mins.)

Survivors of a suspension-bridge collapse learn there’s no way you can cheat Death. (92 mins.)

Evan Treborn suffers blackouts during significant events of his life. As he grows up, he finds a way to remember these lost memories and a supernatural way to alter his life by reading his journal. (113 mins.)

The X-Men send Wolverine to the past in a desperate effort to change history and prevent an event that results in doom for both humans and mutants. (132 mins.)

In a future where a special police unit is able to arrest murderers before they commit their crimes, an officer from that unit is himself accused of a future murder. (145 mins.)

A fast-lane investment broker, offered the opportunity to see how the other half lives, wakes up to find that his sports car and girlfriend have become a mini-van and wife. (125 mins.)

A workaholic architect finds a universal remote that allows him to fast-forward and rewind to different parts of his life. Complications arise when the remote starts to overrule his choices. (107 mins.)

Elango and his friend Pulivetti Arumugam come in possession of a time machine and start profiting from it. However, their meddling with time prevents the death of a gangster, who begins to wreck havoc in their lives. (146 mins.)

A scientist invents a time machine, which leads to a bitter battle between his evil twin brother and his son. (164 mins.)

Siddarth Malhotra has a love affair with Katrina Kaif. Their ups and downs is basically the entire movie. (141 mins.)

A young man tries to revive his parents’ wilting marriage in a unique manner – travel to the 1970s when their romance was budding and make it bloom. This is more complex than he expects. (129 mins.) 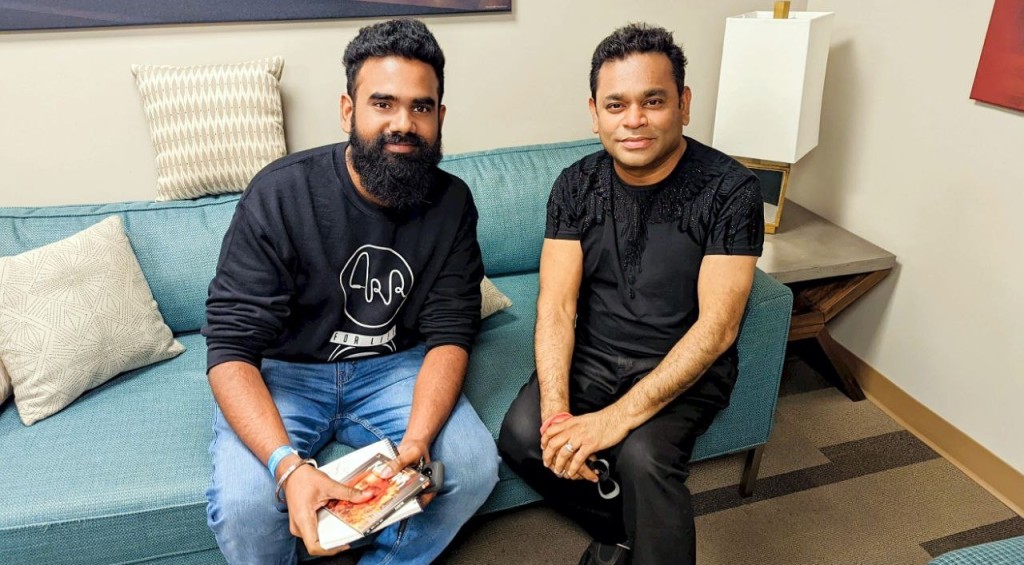